My Daughter Is My Living Doll

I wrote a while ago about how I didn't care that much about dressing R up, so she just went around in grubby onesies . Later on I realized that people were nicer to her if I dressed her up; also, she began walking and thus could now wear dresses comfortably!! So now she is my baby fashion plate (and not this kind). 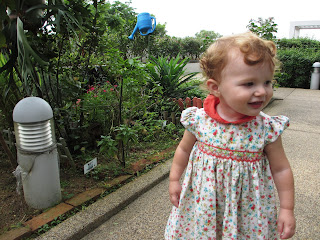 Mostly she wears dresses because I think they're cuter. 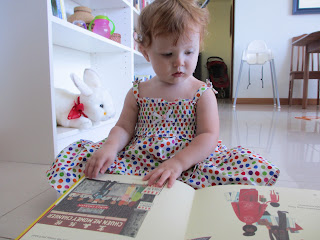 I have an especial weakness for smocking and bright colors. 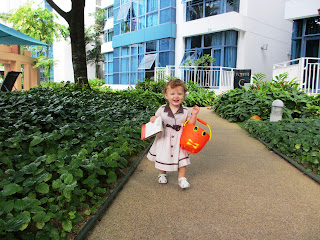 I often dress her to express what we're doing (she is wearing this dress because we are going to the Army Museum, and I thought it looked sort of military?). 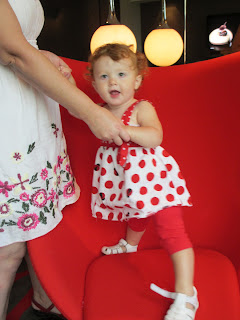 I still don't do anything with her hair. This is because I don't know how to style my own hair (why it always looks terrible). Changing this state of affairs is on my 101 in 1001 list, actually: I should probably at least learn how as little R's hair grows longer.